The most spectacular, remarkable and pioneering match in the history of the most ancient of games has taken place all the while: the Google DeepMind challenging match where AI program AlphaGo  defeated top Go professional Lee Sedol (9p) who has been at the top of the world league for more than fifteen years. According to his own claims Lee Sedol has a Go-board in his head day and night: "if I come up with new strategies I place stones on the board in my head, even when I watch tv, have been drinking, or playing billiards".

What worldwide is regarded as the most outstanding grand challenge for artificial intelligence, namely mastering the game of Go by computer programs, may have become a closed down chapter with this match. A chapter of searching for more than half a century, inventing new algorithms, translating go principles into manageable concepts for computers, and the development of ever improving programs with only one single goal: playing without handicap against humans without completely being swept off the Go-board. 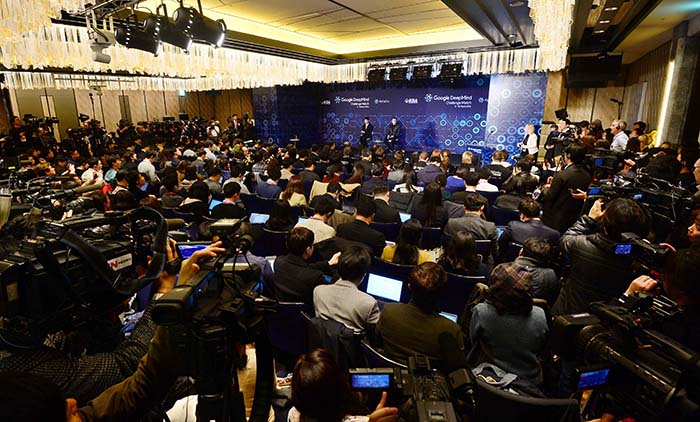 Deep Learning AlphaGo, itself still in its infancy, is the very beginning of a great revolution in Artificial Intelligence. Barely half a year ago the program beat for the first time in history a Go-pro in an even game: Fan Hui (2p). Now it is ready for the enormous challenge to outperform and to defeat one of the strongest players of the world. DeepMind's ultimate aim  thereby is to disentangle AI completely and make the world a better place (a real advertising message).

With more than 100 million people worldwide who have watched the five games of this historic match online and the hundreds and hundreds journalists, commentators, and reporters who attended the press conferences during the match, you can imagine that uncountable many questions were dying to be asked:

Why is this match so outstanding? How well does AlphaGo play against Lee Sedol? Is the AI program able to play a reasonable game? What is hidden under the hood of AlphaGo? Is the progam able to come up with new and 'creative' moves? Has AlphaGo made some progress since the sometimes malfunctioning version against Fan Hui? How did Lee Sedol prepare himself mentally for this match against AlphaGo? Is he able to detect weaknesses in AlphaGo's way of play and to make use of them? Does Lee Sedol remain himself when playing against an opponent who cannot be seen by him and he doesn't know anything about? Is he able to withstand the psychological pressure of the hundreds of millions that are watching his go-actions closely? Is AlphaGo able to improve even further in the future?

Already being felt as the most wonderful, inspiring, overwhelming and most spectacular match of the 21st century. The games played by Lee Sedol and AlphaGo will be studied and analysed for tens of years to come and as a reference for what will be without doubt one of the biggest landmarks ever achieved in the history of AI. 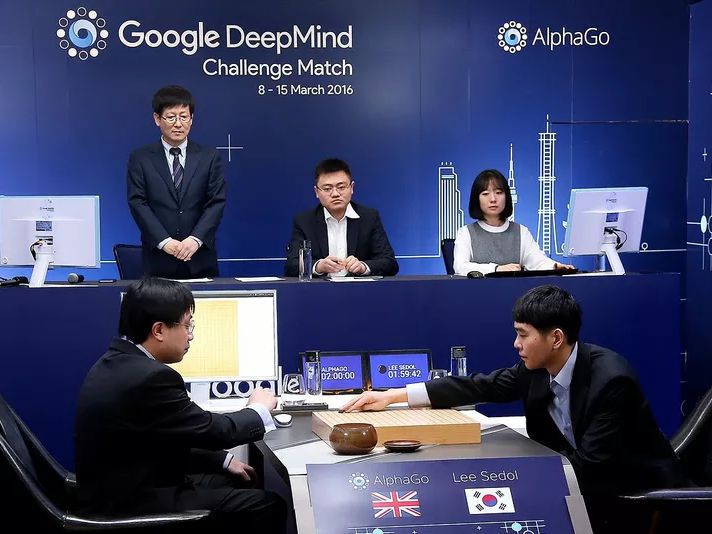 In this overview article, from a bird's eye view and in a bird flight, everything about and around the historic match between AlphaGo and Lee Sedol, highlights of the games played, how both Lee Seol and Demis Hassabis (and their supporting teams) have been blindsided and blown off completely by AlphaGo's phenomenal strong way of playing as well as by the final match outcome, remarkable background details and telling photo's, what this match is really about, how the world has experienced, processed, and tries to recover from this match, the massive impact that this match is expected to have on both Go and Artificial Intelligence worldwide.