Part 3: Lee Sedol about the Go board in his head (The historic match of deep learning AlphaGo vs. Lee Sedol)


Lee Sedol about the Go board in his head

Lee Sedol (korean: Yi Se-tol)  is widely recognized as the world's top go player over the past decade. He was born March 2nd, 1983 (just turned 33 year) and is a South-Korean professional go player of 9p, the highest possible rank. Lee Sedol ranks second of the world with 18 international titles (just behind 8 years elder Lee Chang-ho (9p) who won 21 titles). At age 13, Lee Sedol was promoted to professional shodan (1p) and at age 21 he became the youngest 9p pro ever  (at time of his promotion in 2003). 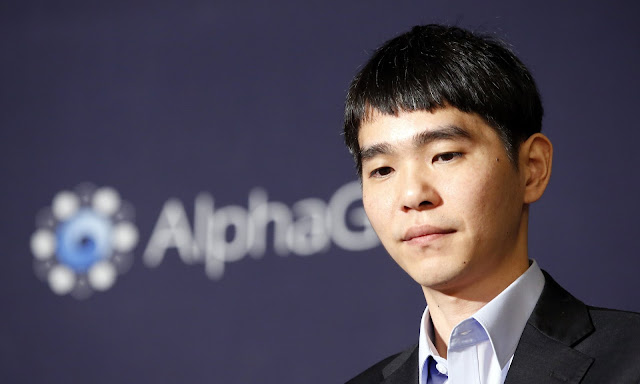 Lee Sedol learned go from his father when he was still very young, together with his elder brothers and sisters. He  lived on a small island in the south-west part of Korea until he was accepted at age 9 to the Kwon Gapryong’s dojo (go-school). His older brother, Lee Sanghun (8p) is also a go pro and his sister, Lee Sena, used to be the strongest female amateur player in Korea. His teacher was Kweon Kab-yong (8d), a South Korean pro who started a go-school in Korea in 1989 (comparable to the famous Kitani Minoru school in Japan). Lee Sedol also studied go at the Korea Baduk Association (known well also as Hanguk Kiwon).

In an interview by Chae Yoon-kyung (2013) Lee Sedol explained his high-pitched voice: “I was extremely stressed out when I was 14 after my debut as a go professional and I developed aphasia because some of my nerves were paralyzed back then. My parents were in Bigeum Island and I was living with my older brother, but he was in the Army. So there was no one who cared for me. I didn’t even had a chance to go through a proper medical checkup”.

From 2007 to 2011, Lee Sedol was the strongest go-player of the world. Nowadays, with an actual Bayes Elo rating of 3533, he is still among the top 4 of the world. In 2011, Lee Sedol earned more than $700,000 USD and about $640,000 in 2012, being the highest earning athlete among pro-sports stars in Korea.  In 2013, he achieved the magical milestone of  1,000 official wins and became the sixth Korean Baduk player to hold such a special honor. He kept his # 1 title over many years, demonstrating his abilities and strength over and over again and putting him at the top of the world.  Over the last 20 years, Lee Sedol won 801 out of 1176 recorded tournament games available at the Go4Go site, a winning percentage of ~68% at the top Go-pro level. 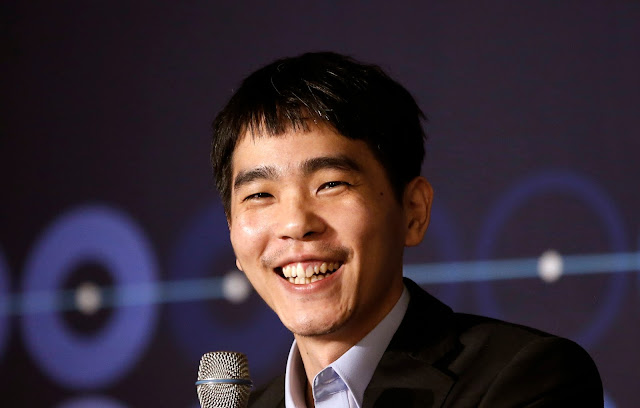 In an interview (Younggil An, 2013) Lee Sedol told: “My ultimate goal is to be the best player in the world. Winning my first international title was a big step towards reaching this objective. I remember how fervently my father taught me, and how he dreamed of watching me grow to be the world's best. I feel great happiness and pride to have achieved so much, moving ever closer to fulfilling his dream”. And asked about his future dreams, Lee Sedol answered: “I want to remain a living legend. I want to be the first person people associate with baduk. I want my games to remain pieces of art. I also want to succeed in the baduk business by setting a good example and showing people that a person like me can do well in Baduk and also in other professions”.

Without doubt Lee Sedol is among the best-of-the-best from the early 21st century and his powerful fighting style and nimble and agile strategies are very exciting to watch.  He is known as one of the most creative players and his way of playing is often typified as explosive, inventive, daring and aggressive. The most interesting part of his game lies in his risk-loving tendency: while most top-ranking go players are risk averse and would not jump into a showdown battle full of uncertainty unless absolutely necessary, Lee Sedol just is attracted by this type of all-erasing fights. His vicious attacks are often designed to be decisive for the outcome of the game (instead of  a way to maintain or reach a positional lead). He is ultra fast and profound in reading, lethal in battles, masterful at creating and handling chaotic warfare, and his reading and perception in Go is widely recognized as very deep and accurate.

Lee Sedol describes his own opening play as “rather weak” (i.e. in the fuseki as he invented many new joseki's)  and, according to some go pro's his positional judgement sometimes is not top notch, relatively speaking. Often, he engages in the affray and battles shortly after the opening. Also, Lee Sedol is said to be not as studious and too often relies too heavily upon his talent. His preference for playing aggressively and to win-or-die with showdown battles may have prevented him to win consistently against various top-rated players. Moreover, Lee Sedol sometimes appears to turn overly pessimistic when things do not go as planned. This once led him to an incredibly early resign in only 106 moves while he was thought, even by his opponent, to be still ahead in the game. From this it is clear that Lee Sedol can be very emotional and from time to time displays a lack of sufficient objectivity (as every human being). 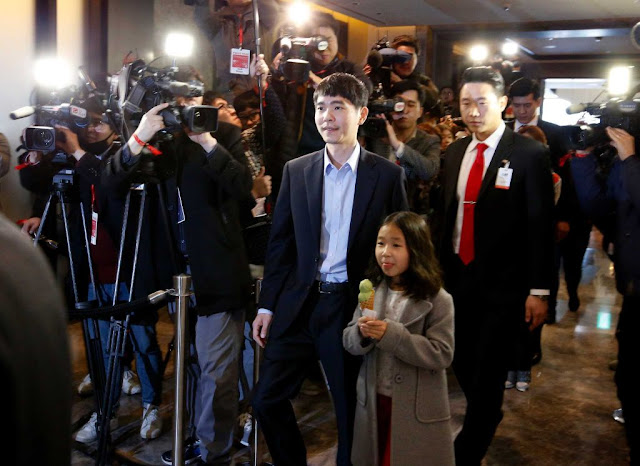 Asked by Chae Yoon-kyung (2013) about his style Lee Sedol explained: “I always think about baduk. There is a baduk board in my head. When I come up with new strategies, I place stones on the board in my head even when I drink, watch dramas or play billiards. But it’s quite hard to come up with novel strategies these days. It was hard to obtain strategies from experts in the past, but it is totally different now. After each game, people analyze my strategies on the Web and instantly share it with hundreds or thousands of others. I feel like it’s copyright infringement”. And about his concentration: “Of course, I pay attention to important moments, but it is hard to stay focused all throughout the game because I’m a human. It is especially hard to stay focused in the very beginning of the game when my counterpart thinks for a long time before making his next move”. 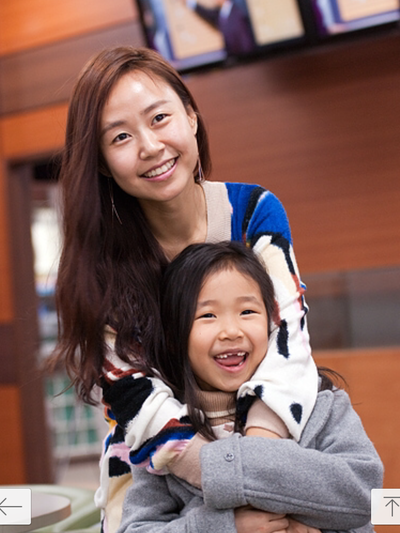 In a nutshell, Lee Sedol is a one of the strongest Go players in the world for more than a decade already. As a human, he sometimes can be very emotional and is he committed to fight for justice (as e.g. in his case with the KBA, in 2010). In 2006, Lee Sedol got married and his wife Kim Hyun Jin and daughter live in Canada. In February 2013, Lee Sedol announced he planned to retire within three years and move to the USA to promote Go. When he will join his wife and daughter is unknown yet. Interviewed by Younggil An (2013) Lee Sedol stated: “I’m going to quit while I’m still at the top. I don’t want to fade away as an old man, from behind the scenes of the Go world”. 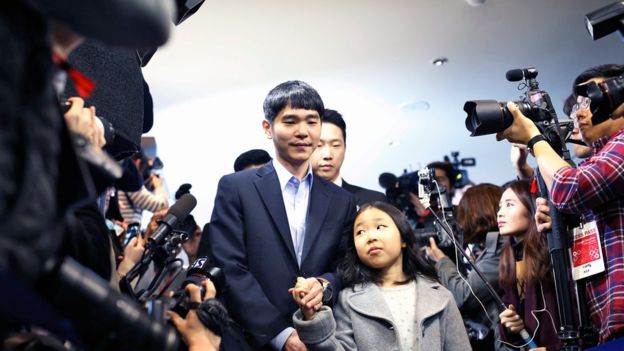